Blog > Handguns > Why You Should Want Gun Owners/Shooters as Neighbors

Why You Should Want Gun Owners/Shooters as Neighbors 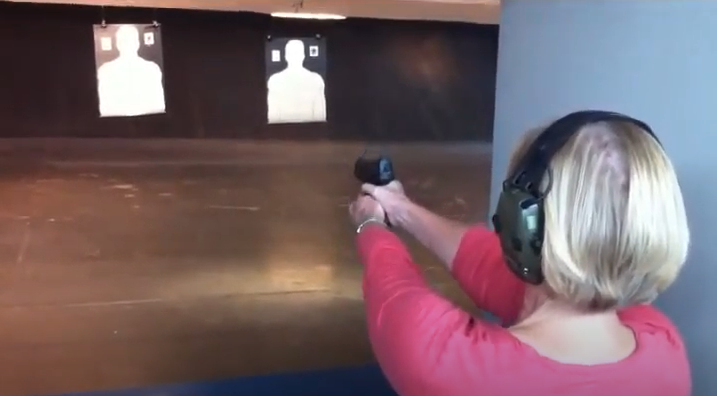 Remember the whimsical, lyrical words in call and response style from Barack Obama, “it’s not surprising then they get bitter, they cling to guns or religion?”

And of course his side-kick, Double-Ought Slow Joe reminded his bros in the black community, “They’re gonna put y’all back in chains.”

As we’ve seen with the recent church shooting in South Carolina, Obama never wastes an opportunity to jump on the gun-control wagon.

But what’s missing from these accusations and stereotypes is the truth.

The actual truth about the millions of Americans who shoot, who carry, and conceal carry firearms.

And the truth is, the owners of the 270 million plus guns in America, are law-abiding, Constitution-loving, peaceful, give-the-shirt-off-their-back patriots.

I was raised by a dad who served in the Army Reserves, who loved to shoot and always had rifles in the home. My extended family members shot and hunted. My friends’ parents enjoyed hunting.

I attended a high school in Bend, Oregon (beautiful high desert country where mule deer abound), and it was common to see the parking lot full of pickups with full gun racks during the fall.

And would you believe, no one EVER shot anyone? The worst that happened when I was in high school was perhaps a fist fight that ended with the 2 sweaty, dirty guys shaking hands and walking away friends. Done deal.

As an adult, when I reasoned that my Persian cat would not provide a good defense, and lacking even a Louisville Slugger, I decided it was high time I learned to shoot and acquire a hand gun.

My budget was limited, so I started with eye and ear protection. After googling for the best deal on electronic muffs, I found a great Howard Leight Impact Sport OD Electric Earmuff review by a Peter Lago.

I actually emailed Peter, a trained NRA Instructor, and the back and forth communication resulted in a day at the range with 6 different handguns. And yes, this was my first lesson ever, and only the second time I’d ever held hand guns.

This was my first step toward hand gun ownership.

Peter was kind, he was encouraging, he was the quintessential gentleman. I had a blast…pun very much intended.

Not only was Peter wonderful, other fellas at the range let me hold and fire their pistols. I was well-informed enough that, knowing concealed carry was my ultimate goal, I needed to find the gun that I felt comfortable shooting before laying down cold, hard cash.

I did, by the way, buy those muffs.

That first day at the range confirmed what I already understood to be true: the shooting community is comprised of safety-minded, generous people. In fact, some of the kindest folks I’ve ever met have been either in church or at the range. True story.

Oh the media and the President would have you believe NRA members and conceal carry people are a bunch of rogue loons who shoot up school kids and church goers.

That’s nothing more than a big, fat lie intended to advance the Left’s goal of disarming the populace. Our founders knew that an armed citizenry was a polite citizenry and, more importantly, a safeguard against tyranny.

The Left, the socialists, want to fundamentally transform America, and that’s a little bit hard to do if every household has an AR-15, a shotgun and some pistols. The easiest way to keep the people obedient is to take away our ability to resist.

But back to all those gun owners. What are they like in my experience?

Like Peter who would take a day of his time to help a gal he didn’t know begin to learn to shoot. Like my neighbor, Wendell, who offered me his .357 Magnum until I had my own pistol for home defense. Like Robbie and his wife who watch over their elderly neighbor, including him in meals and gatherings and checking on him daily.

Like my dad who would, on a snowy Saturday, help a school teacher friend of mine put on all her snow tires. Like my Uncle Bud who allowed hunters to hunt on his 4,000 acres whenever they asked.

These shooters, these bitter-clingers? They watch out for their neighbors and are sheep dogs, if not lions, at heart whose impulse is to protect the innocent.

And where do all the shooting atrocities take place?

Not where everyone has a gun. No. In those socialist-restricted gun-free zones: schools, churches, theaters, Chicago, DC, etc.

Who are, in fact the shooters?

They most certainly are NOT your average Second Amendment-loving, rifle-owning American.

The perps are usually head cases — mentally ill and chronic criminals, and even Islamist terrorists.

But the gun owners?

Those are the people you want for neighbors. They are the folks who embody the rugged individualist and generous nature of the pioneers who settled this land.

I know who I want on my side if everything in America goes sideways.

I want my buddies who are former Special Forces, badass former SEALs. I want my USMC friends, those retired Army and other forces Vets.

The gun owners of America might be clinging to God and their guns, but for good reason.

The Left can have their effete, weaponless whimpering groupies.

Give me God-fearing, gun-toting neighbors any day, any time.