Blog > Handguns > Molon Labe: A Lasting Remembrance of the Battle of Thermopylae

Molon Labe: A Lasting Remembrance of the Battle of Thermopylae 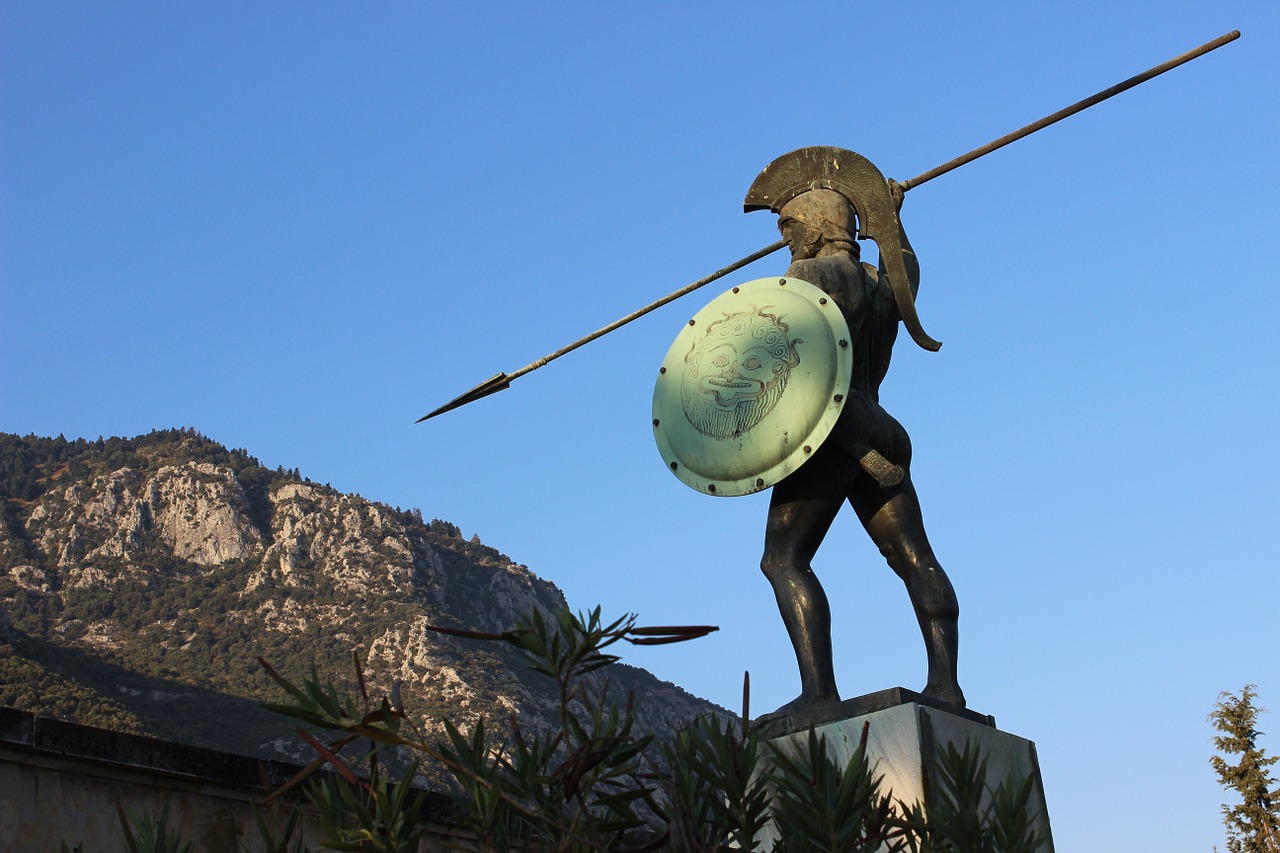 The story begins in the 5th century BC. and in the heart of ancient Persia, now known as Iran.

By 545 BC King Cyrus, who had initially led a revolt against the Medes, “had extended the Persian hegemony to the coast of Asia minor.”

The young Persian empire was dangerous and brutal, with reports of barbaric killing and utter tyranny: the empire represented the old ways of magi and kings who treated subjects as slaves. In the Empire, knowledge and learning was safely guarded and kept from all but the priests and shahs (kings).

The Greeks represented Western Civilization, which was as much a system of learning, of an ethos and mind-set, as a geographic location. Happily, the Greeks had been far removed from the Persian menace until the advance by Persian King Darius, who seized power in 521 BC.

Darius’ infamy spread after he, and six other men, murdered ruling priests, or magi, and had their severed heads paraded through the streets on pikes.

The cruel Persian king was furious upon hearing that the Greek city of Athens was assisting the Asia Minor rebellion against “his” Empire.

Though King Darius could not know this at first, the “Warrior Ethos” was inculcated in the Greeks from childhood.

Steven Pressfield writes in his book, The Warrior Ethos, that Plutarch famously spoke:

“The Spartans do not ask how many are the enemy but where are they.”

Even the women of Sparta are famous, a Spartan mother story:

A Spartan mother handed her son his shield as he prepared to march off to battle. She said, “Come back with this or on it.”

Those Greeks understood the will to fight and be victorious was as much supported by the strength of those loved ones left behind as by the valiant warriors marching into the battle.

The Spartan king Agesilaus was once asked what was the supreme warrior virtue, from which all other virtues derived. He replied, “Contempt for death.”

Our modern warrior tradition of honor is the descendent of that Greek warrior ethos.

Darius’ reign was followed by that of his son, Xerxes. Xerxes was reluctant to battle the Greeks, until he dreamt, allegedly, of being encouraged to pursue world conquest, which must include the invasion of Greece.

The Battle of Thermopylae was a renowned battle: though the Greeks were all killed, their epic bravery fortified the will of Grecians everywhere to persevere against the marauding Persians.

Xerxes’ Persian army is thought to have numbered about 2 million* infantry and horsemen. The Greeks knew they could not possibly defeat such a large fighting force city by city. Thus, they planned to defend a narrow mountain pass, Thermopylae, a bottleneck through which the Persian army must proceed.

The Greek force [led by Spartan commander, Leonidas] that now raced to Thermopylae was ridiculously small for the challenge that awaited it: 300 Spartans, 80 Myceneans, 500 Tegeans, 700 Thespians and so forth, totaling about 4,900.

The 300 Spartans were sent ahead to fortify the narrow pass and inspire confidence. The Greeks, though outmanned, held the tactical advantage of the high ground and a narrow pass: the Persian army was not prepared or trained for close fighting.

Reportedly, King Xerxes demanded at the onset that the Greeks lay down their weapons and surrender.

And before the fighting commenced, Leonidas exhorted his warriors:

Fight for this alone: the man who stands at your shoulder. He is everything, and everything is contained within him.

“Lord, let me not prove unworthy of my brothers.”

The Battle of Thermopylae lasted a mere 3 days. Leonidas, his 300 Spartans, and 700 Thespians all died. But those Greeks killed over 20,000 Persians…a number so humiliating to King Xerxes that he had all but 1,000 secretly buried.

That Battle, and those especially fierce and brave Spartans, though lost in the bloody effort, tangibly emboldened their fellow Greeks who eventually did defeat the Persians.

And all these centuries later, the bravery, the warrior ethos, of those mighty Spartans and of their commander, Leonidas, inspire patriots and our warriors with the will to never surrender.

Indeed, Molon Labe is not just some graphic meme, or some novel tattoo: it is the raging spirit of independence and strength of character that formed our great Republic.

We would do well to never forget…and never surrender.

ROBAR® Guns applauds the Warrior ethos and bravery of our troops and patriots, and stands ready to supply or refinish your firearms.

*Subsequent studies have questioned the size of Xerxes’ Persian army. Study of the water sources and terrain at that time concluded that they simply could not have supported an army and livestock of that size. The number is believed to be under 500K, but we may never know.