Blog > Rifles > Armalite (NOT Assault) Rifle 15 and the Second Amendment

Armalite (NOT Assault) Rifle 15 and the Second Amendment 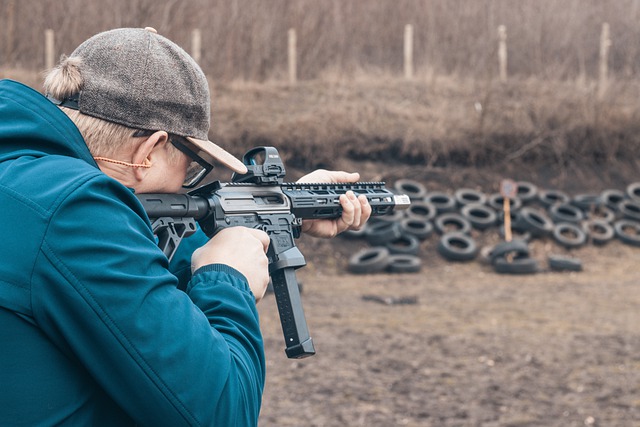 Main Stream Media (MSM) and anti-gun legislators toss around the term “Assault Rifle” at will, though most would be hard-pressed to give an exact description of this firearm.

Every responsible gun owner in America (somewhere around 40% of US households with an estimated 270 million guns) should be equipped to defend the Second Amendment and to de-bunk the myths surrounding semi-auto rifles.

Our founders understood the importance firearm ownership played in gaining, then maintaining, independence from England and the tyranny of King George.

In the words of George Mason, Patriot, statesman and a delegate from Virginia to the U.S. Constitutional Convention:

To disarm the people [is] the best and most effective way to enslave them.

We all know the words:

A well regulated militia, being necessary to the security of a free state, the right of the people to keep and bear arms, shall not be infringed.

The original draft of the US Constitution did not contain the Bill of Rights, and there was an animated debate over its inclusion. Many supporters of the original verbiage asserted that Congress would never try to take citizens’ guns away.

Desenters argued that, excepting crimes committed, all lawful citizens should have the right to bear arms. Period.

Elbridge Gerry and George Mason submitted the first Bill of Rights in 1787, which was rejected by a majority of the state delegations. After 2 years of fiery debate, the desenters won out. And James Madison drafted the Bill of Rights — a nearly verbatim copy of the earlier Virginia proposal.

Of note: there are no modifiers used in the Second Amendment. Compare to the Fourth Amendment which states:

The right of the people to be secure in their persons, houses, papers, and effects, against unreasonable searches and seizures, shall not be violated, and no warrants shall issue, but upon probable cause, supported by oath or affirmation, and particularly describing the place to be searched, and the persons or things to be seized.

The constraint implied, “…against unreasonable searches and seizures…” But in the Second Amendment there were no such constraints and/or modifiers. All lawful citizens could bear arms. No adjectives surrounding the “arms.”

And in fact, often the citizens had better firearms then the regularized army: many army units still employed muskets, many citizens had rifles. Again, the rifles, muskets or pistols owned were never limited by size, accuracy, or ammunition.

Now, a mere 225 years later, Congress and many in American society, are trying daily to infringe our firearm rights: the understanding and intent of the Second Amendment seems to have been stripped from the high-tech, low common-sense American education system.

This exhaustive textual analysis of the Second Amendment would never have been necessary in the nearly first two hundred years of the republic.

It was only beginning in the second half of the twentieth century that the Orwellian view gained currency that “the people” means the states or state-conscripted militia, that “right” means governmental power, that “keep” does not mean to possess, that “bear” does not mean carry, that “arms” do not include ordinary handguns and rifles, and that “infringe” does not include prohibition.

But the Founders intended to, and did, word the Second Amendment in an easy to understand manner. Individuals have a right to have arms in their houses and to carry them, and the government may not violate that right.

Now concerning the development of the AR (Armalite) 15

The U.S. Army established the Operations Research Office (ORO) in 1948 for the purpose of studying problems with grounds weapons in the modern era.

An extensive study by ORO concerning body armor injuries and casualties (over 3 million casualties from WWI, WWII and the Korean War), revealed that most kills occur at 100 meters or less.

With this information in hand, the US Army goal:

…a low recoil weapon firing a number of small projectiles so in 1957 the United States Army Continental Army Command (CONARC) sought commercial assistance in the development of a 5.56mm military rifle.

There were 3 rifles being considered: a Winchester (.224 Lightweight Military Rifle – patterned after M1 and M1 Carbine),  a Springfield Armory (a .224 model based on the M14), and Armalite AR-15.

The Armalite Division of the Fairchild Engine and Airplane Corporation, Costa Mesa, CA was established in 1954 for the sole purpose of developing military firearms using the latest in plastics and non-ferrous materials.

With the conclusion of Project Salvo, studies conducted by the Operations Research Office, the AR-15 was chosen as the small caliber weapon and adopted as the M16.

Colt marketed the AR-15 rifle to various military services around the world, including the U.S. Navy, Air Force, Army, and Marine Corps. The AR-15 was eventually adopted by the United States military under the designation M16.”

As noted at AR15 Outfitters:

The rifle started with many flaws, and things that are now standard on an AR-15 took a long time to catch on. Before all of these upgrades to the rifle it was prone to frequent fouling, overheating, and many other failures.

The rifles main flaw is said to be its direct-impingement gas system. Because the gas system blows directly onto the bolt and carrier as well as into the receiver, fouling and jamming can very easily occur if not properly cleaned and lubricated.

The rifle gradually gained popularity with the public, and in the 1990’s sales began to really ramp up. In his article, The Evil AR-15, Jack Nischik writes:

Eugene Stoner’s AR-15 design came along in the 1950′s (yes, it’s that old). With it came a new cartridge and new ideas about how future conflicts would be waged.  The cartridge was based on a popular varmint round, the .223 Remington, and most of the military-chambered versions of the AR-15 can still fire this cartridge.

The weapon was not immediately embraced by the U.S. military. After some highly publicized failures in Vietnam, due mostly to bureaucratic meddling, the weapon was viewed with skepticism by the public.

Two things contributed to the increased popularity of the AR-15.

The first was conflict. After Vietnam there was Panama, then Grenada, then Desert Storm. American ammunition manufacturers slowly began increasing their output of the new 5.56mm cartridge used by the AR-15 and decreasing the output of the older .30-06 cartridge, later replaced entirely by the 7.62mm NATO round.

This leads us to the second contributing factor: modern CNC manufacturing.

But, at it’s heart, what is an AR-15? A rifle. A semi-automatic rifle — nothing more, nothing less.

So when you hear someone at the grocery store say, “I just don’t think anyone needs to own assault weapons,” remind them that the AR-15 is a semi-auto rifle, NOT an ASSAULT weapon.

Remind them that restrictions on firearms only affect the law-abiding, legal U.S. citizen who obeys the laws of the land, not the criminal who would seek to do them and theirs harm.

Yet, any Google search will yield hundreds of articles at sites such as NPR, The Daily Caller, CNN, Slate.com, etc. — all of which brand the AR as an “Assault Rifle.” Thus, the millions of American gun owners who have iterations of the gun must be vigilant to renounce those misconceptions.

The AR-15 is popular with law enforcement, the military, hunters, and civilian and competitive shooters: it’s accuracy, modularity, and low recoil make it a coveted firearm. And trust me, the founders would have loved this gun.

And it’s about to go farther…Coming soon ROBAR will reveal its new AR. It’s a beaut. 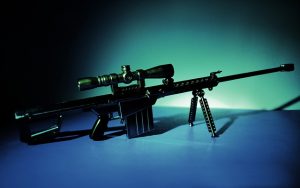 Accuracy at long ranges is what precision rifles, also known as sniper rifles, are all about. Precision rifles have a storied tradition. In 1854 Sir Joseph Whitworth, a British engineer, patented the Whitworth rifle, which employed hexagonal twisted barrels rather than straight barrels. The rifle out-performed the previously preferred Enfield rifle. In 1860, Queen Victoria fired...