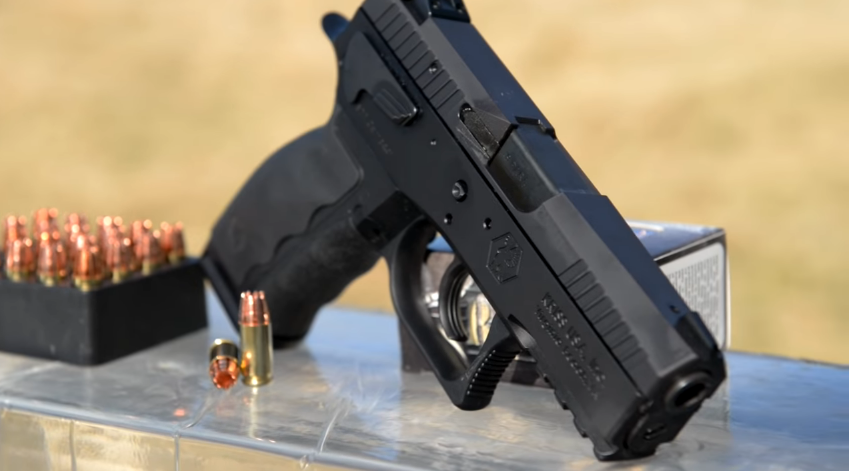 9mm and .380 ACP are two of the most popular self-defense calibers currently on the market. In fact, they are pretty similar in size, and many guns are often made in both 9mm and .380 models. Since they're so similar, does it make you wonder if you can use a 9mm bullet in a .380?

No, 9mm rounds cannot safely be chambered or fired from a gun designed for .380. The 9mm round will likely not fit into the chamber, and even if it did, it will produce forces that the .380 firearm was never designed to withstand and could break the firearm or even cause it to fail catastrophically.

That's the simple answer—of course, the exact details are more complicated, and there is still plenty to learn about the differences and similarities between 9mm and .380, so read on!

Anyone who has worked with both a 9mm and a .380 has almost certainly noticed how similar they are—namely that, on the first inspection, the 9mm cartridge just looks like a bit longer version of the .380. Knowing that, it's easy to be tempted to think you can pop it in the chamber of your favorite .380 and hit the range.

However, it's a terrible idea to try and fire a 9mm round from a .380 chamber, and it should never be done. Thankfully, the differences between the two cartridges' dimensions mean you generally wouldn't even be able to fit it in the gun.

If you did manage to squeeze it in, however, you are in for some trouble. Remember how we said above that the firearm could "fail catastrophically?" That's just a nice term for "explode." This would result in the firearm potentially throwing shrapnel back towards the shooter – you! At best, the firearm will be destroyed, and that money goes down the drain—at worst, you could lose an eye or worse.

What Are the Differences Between a 9mm and a .380 Round?

With that out of the way, there are definitely some interesting connections and similarities between the 9mm and .380 that are worth discussing.

For starters, they are both, in fact, 9mm cartridges. "9mm" is used as shorthand for the extremely common 9x19mm parabellum round since the full name is a mouthful. The numbers indicate the diameter and length, so a 9x19 round is 9mm across and 19mm long. 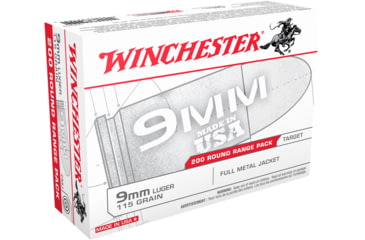 A .380 is a 9x17mm cartridge, meaning that it really does bear a close resemblance to a standard 9mm. They are also both very old—they were developed over a century ago, if you can believe that. 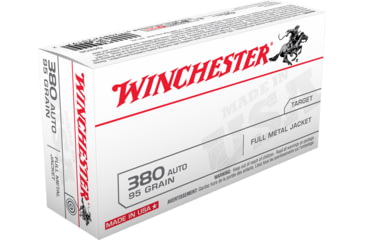 However, that's where the similarities end. Beyond that, they are:

We mentioned above the basic size and length of both the 9mm and .380, but here's a quick breakdown of their full dimensions and other notable characteristics:

As you can see from the figures, the 9mm is slightly tapered towards the neck, but the .380 is straight-walled and maintains the same diameter for the whole casing.

So, what about the other way around; can you use a .380 in a 9mm? Well, the answer is yes—but also no. Can you? Maybe, it depends on the particular firearm. Should you? Absolutely not.

As a general rule of thumb, attempting to fire any cartridge from a gun that was not designed to take it is a bad idea. There are exceptions, but this is not one of them.

The difference here is that you can actually get a .380 round to chamber inside most 9mm firearms since it's about the same diameter at the base and small enough to fit in the chamber. But that still doesn't mean it's safe to fire.

Since the .380 is lower pressure than the 9mm, the firearm isn't at as much risk of "failing catastrophically," but there are other problems which are best explained step by step:

This might not sound like a big issue, but remember the forces behind that bullet are extreme, which can result in unexpected issues which we'll discuss below.

Let's say, hypothetically, that you do still choose to go out, stuff a .380 into a 9mm firearm, and fire it. What's actually going to happen?

Here's a breakdown of the potential consequences of shooting a .380 from a 9mm gun.

The 9mm Firearm Will Malfunction

The first and most obvious thing you will notice is that your 9mm pistol or rifle will not have cycled correctly. Any number of malfunctions can happen, but the two most common are:

Both of these have the same root cause: the .380 round is simply not powerful enough to fully cycle the 9mm's working parts because the recoil spring is meant to deal with the power of a 9mm round.

Either one of these can actually be made worse by using bad technique for clearing failures-to-extract, so be sure to practice proper malfunction clearing safety and methods.

The second thing you'll notice is that you will have missed—or seem to have missed—your target. Now, this isn't a given, as even with the above problems, the bullet can still have found its mark.

However, in most cases, the seemingly minor changes in the bullet's velocity and positioning due to being unsupported in the beginning typically magnify into larger changes by the time it exits the barrel.

So, while a 9mm gun (probably) isn't going to implode if you fire a .380 through it, the bullet will be destroyed and lose effectiveness, and the firearm itself could sustain serious damage.

Now that we've discussed the pitfalls and serious dangers that come from trying to fire a cartridge in a gun not designed for it, the real takeaway is this:

Don't fire rounds from a firearm not designed to take them.

Of course, there are always exceptions—but if you don't know what they are, then you likely aren't ready to make use of them! Besides, 9mm and .380 are not exceptions and are not interchangeable in any situation.

Great article! I’ve shared it with my brother-in-law because he kept talking about shooting a 9mm in his .380 pistol. I reminded him about the Challenger Space Shittle explosion and that is what would happen to his .380 pistol! 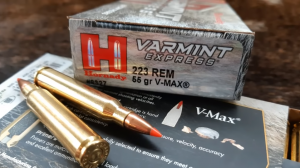 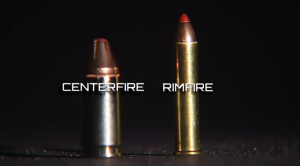