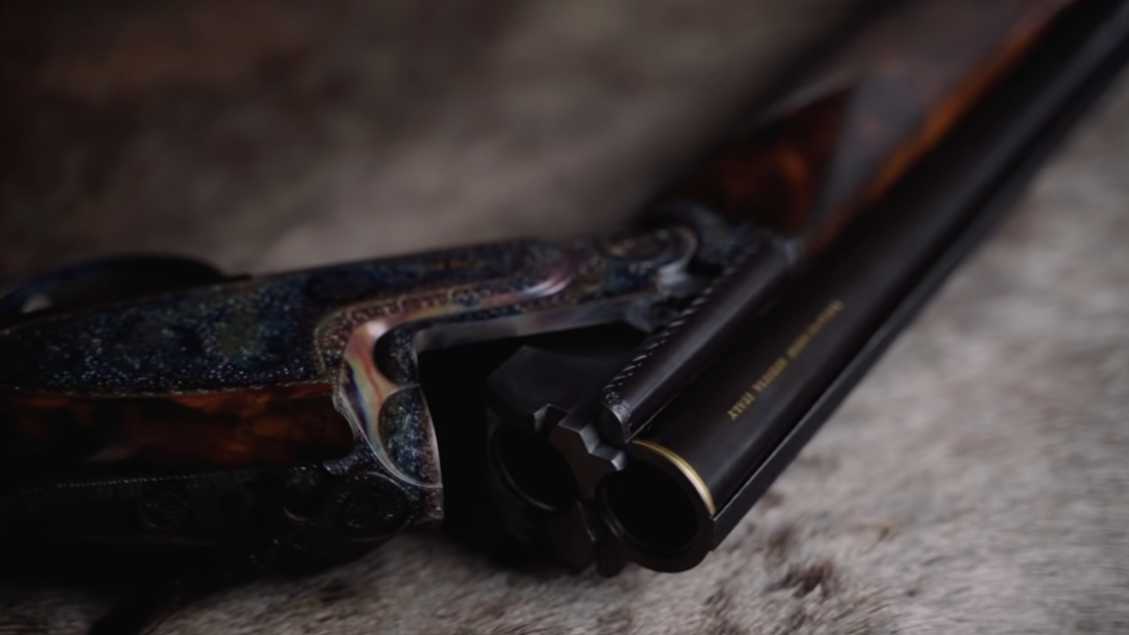 The Italian gun brands are some of the most well-known in the world. Italian gunmakers have a long and distinguished history, which started in the 16th century, but became even better-known when modern firearms were invented. This happened during a time when many European countries were fighting for dominance and an edge over their opponents was needed. Well-manufactured guns played a major role and today we still celebrate the firearms brands that are unique to Italy.

Italian firearms are a mixture of precision and beauty. From the exact military standards of Beretta to the artistic weapons of Uberti. Italian firearms brands have it all. 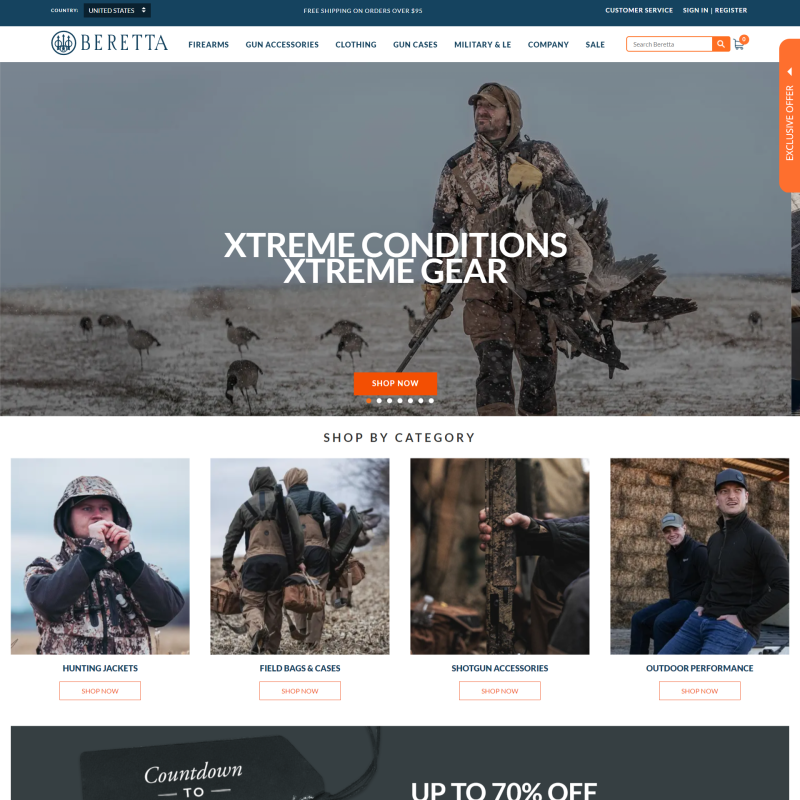 Beretta is a brand name that is well-known among gun enthusiasts, military veterans, and law enforcement officers all around the world. Beretta is the most well-known brand of firearms manufactured in Italy. The company produces some of the best Italian guns known in the world.

This is mostly due to the fact that a large number of governments, law enforcement agencies, and intelligence organizations all over the world have chosen Beretta rifles, most commonly sidearms, for use. Beretta is known for producing some of the world's finest weaponry, such as its world-famous pistols, high-quality shotguns, and even certain firearms that have a futuristic appearance, such as submachine guns.

Although Beretta firearms are not inexpensive, at least not when compared to those produced by other, less reputable manufacturers, the company's costs are typically still considered to be reasonable, especially when the product's quality is taken into consideration. This company has been in the hands of the Beretta family for more than five hundred years, and it has grown to the point where it now has plants located in countries other than Italy, including one in Accokeek, Maryland, in the United States. 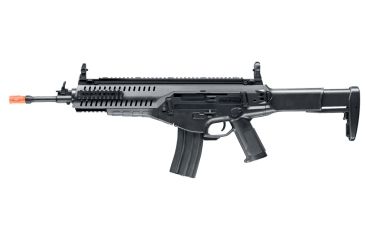 The Beretta ARX 160 by Elite Force shoots 360 FPS with full or semi-automatic action, powered by an 8.4 NiMH rechargeable battery (charger included). The nylon fiber body holds a 300 round drop-fre...

You may also want to read: How a Beretta can be 1,000 Hours Corrosion Resistant 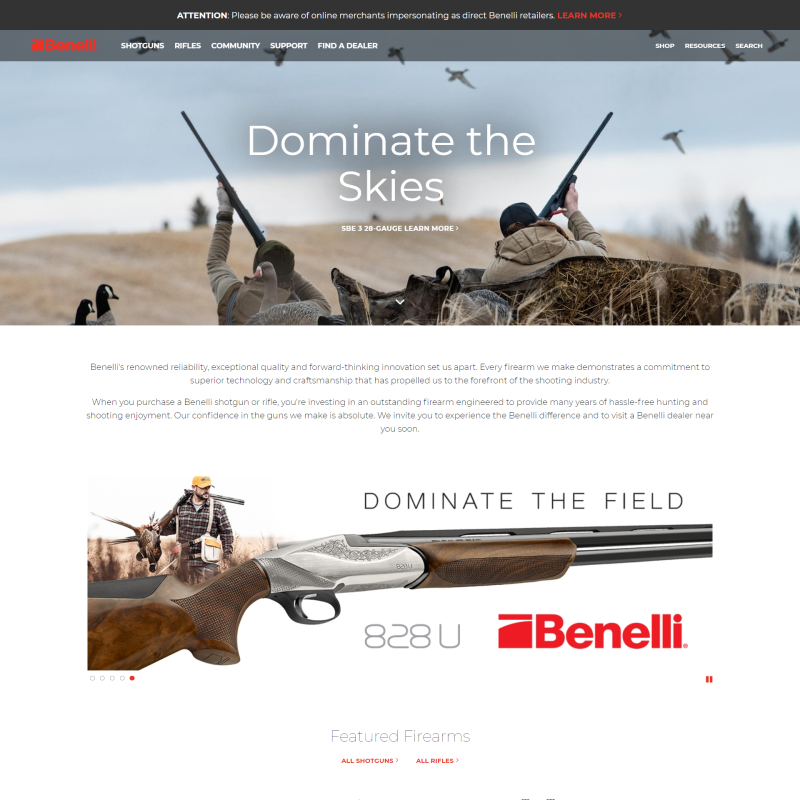 In 1967, Benelli Armi S.p.A. was founded. The Benelli brothers, owners of the famed Benelli motorcycle firm in Pesaro, came up with the concept for the company in 1940. The Benelli brothers were both avid hunters and skilled engineers, and they were persuaded that semi-automatic shotguns were the way of the future for hunting shotguns at the time.

This concept became a reality when Bruno Civolani, a talented designer from Bologna, devised a revolutionary action. Civolani's idea resulted in the production of a remarkable hunting shotgun that relied on a basic inertia-driven mechanism rather than a gas-operated system.

This breakthrough design enabled the world's fastest reloading action, allowing users to fire 5 rounds in less than a second, thanks to the bolt supplying all of the movement needed.

Benelli is a corporation that is continually expanding due to significant investments in research and development. Innovative new models and superior technology have consolidated Benelli's status and spread its reputation among hunters and target shooters alike throughout the years, assisted by the company's policy of delivering the widest range of semiautomatic shotguns available today. Offers Everything Needed for Home Defense
When developing a shotgun designed for home-defense use, Benelli engineers started with the company's time-proven Supernova system, built with a pump-actio... 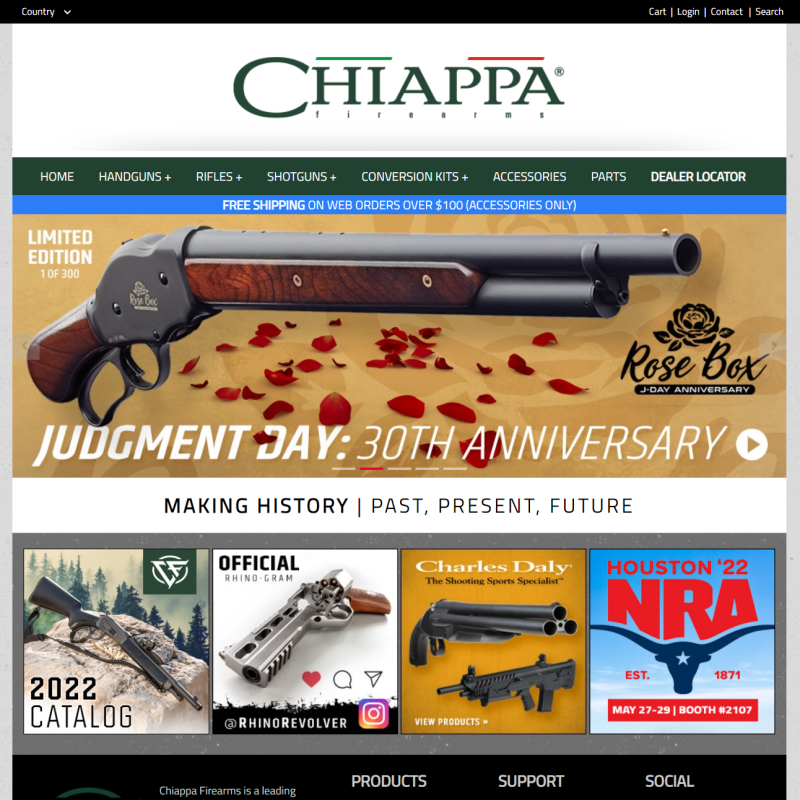 This company is one of the most flexible of those that are featured here, at least in terms of the range of weaponry that they produce and provide to customers.

They produce a large number of modern versions of historical firearms, which has made this company popular among re-enactors and the cowboy shooting crowd. On the other hand, they also produce several modern firearms, which have attracted some support from people interested in self-defense, enthusiasts, competitors, and collectors.

Although the main office of the company is located in Brescia, Italy, they also maintain a location in Dayton, Ohio, which serves as its headquarters in the United States. Individuals who have utilized Chiappa Firearms have nothing but positive things to say about them. Oh, and the costs aren't prohibitively expensive either. 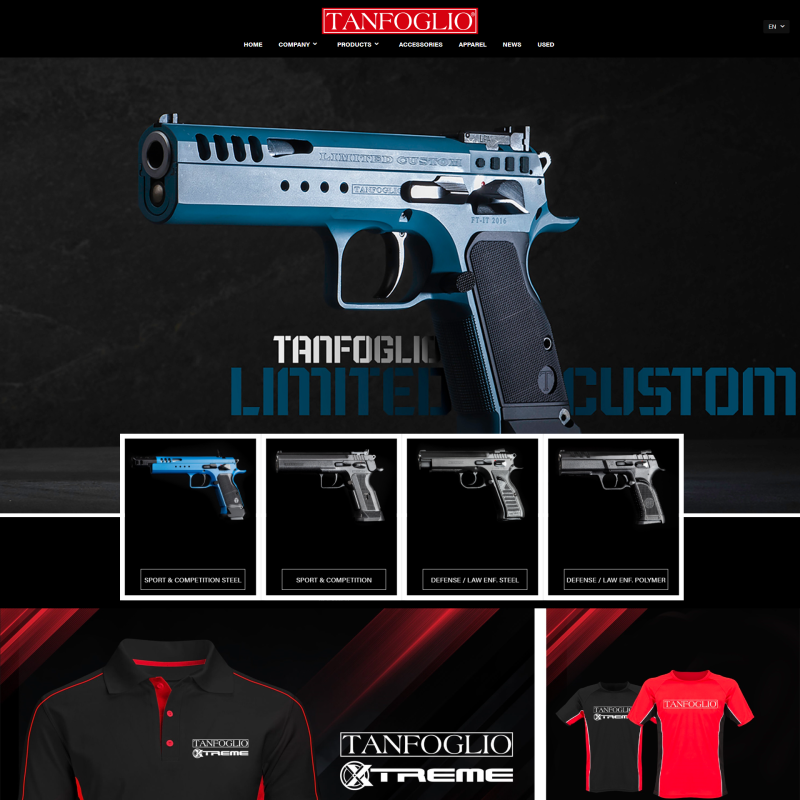 Although this company is most likely recognized for the competitive handguns it manufactures, they also produce pistol parts for a few other militaries.

If you are interested in participating in a serious pistol competition, you should certainly have a look at the firearms that are manufactured by this manufacturer in the Gardone val Trompia of Brescia, Italy. The reasonable prices of the firearms produced by this firm are a definite plus.

No, they are not inexpensive firearms; nevertheless, taking into account that the majority of them are competition pistols, the pricing isn't that bad, typically falling somewhere between $750 and $3,000. 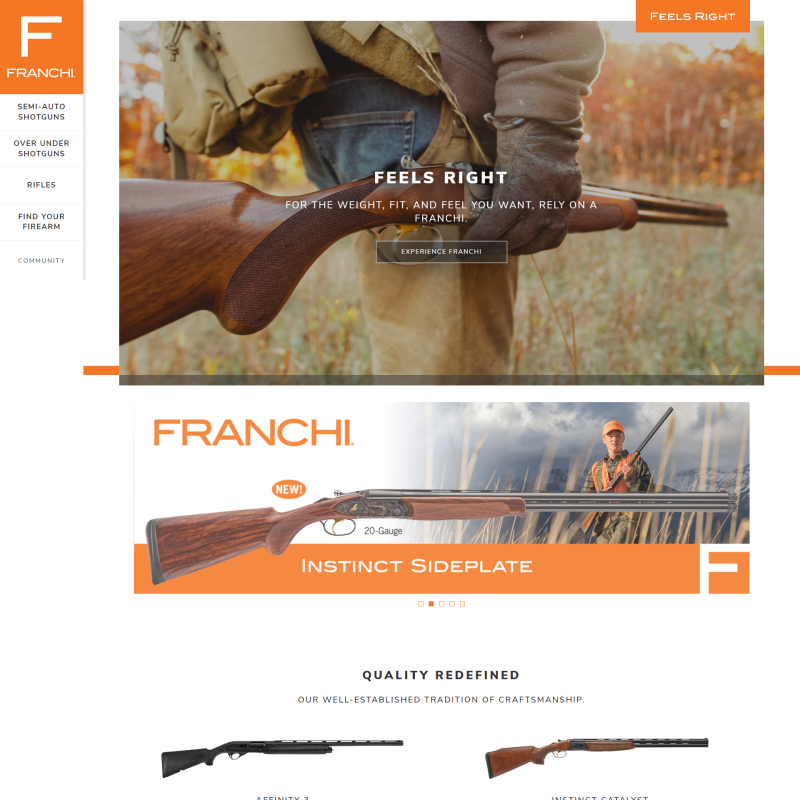 Beretta Holding's Luigi Franchi S.p.A. is an Italian company that produces firearms and is now a part of Beretta. Products manufactured by Franchi include long-recoil action sporting rifles like the AL-48 and military Italian shotguns like the SPAS-12 and SPAS-15. Shotguns that are over and under, as well as semi-automatic, are produced by Franchi.

Franchi was a family business from the time it was founded until 1987, when it was purchased by the Milan-based industrial giant Socimi. Following Socimi's bankruptcy in 1993, Franchi was purchased by Beretta Holding, which is the company's current owner. Franchi, however, has an identity of its own. A Franchi Affinity Designed for Dedicated Hunters
Franchi's Affinity Elite lineup of shotguns provides premium performance in a package you can afford, ensuring that you can perform at your best wi... 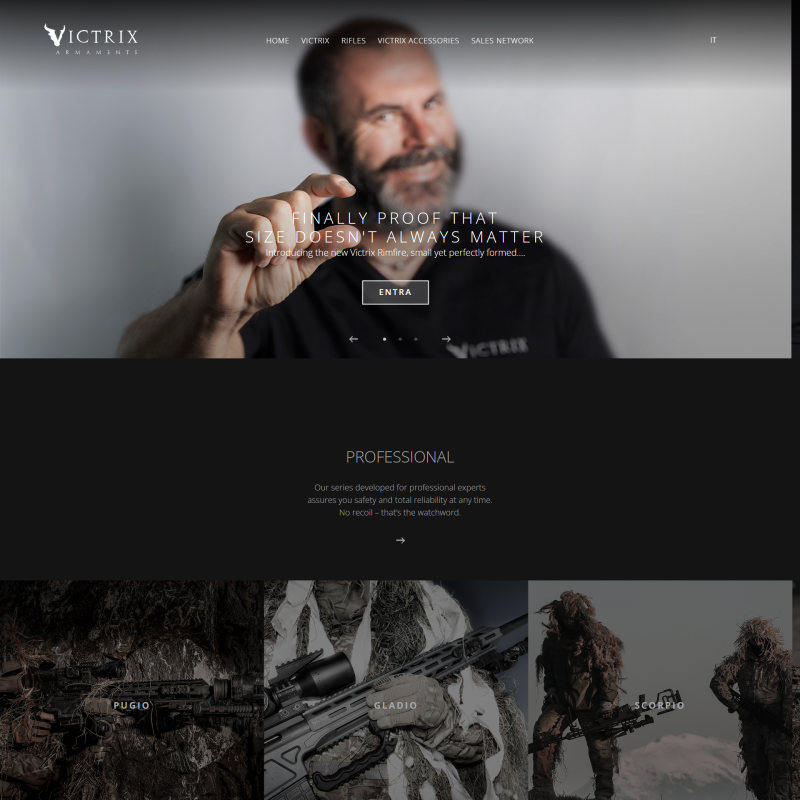 The year 1970 marked the beginning of the company. The company's mission is to fulfill the requirements of all of its clients, including those in the fields of shooting sports, personal defense, law enforcement, and the military, by developing specialized products, improving the efficiency of its production, and enhancing the quality of its customer service.

The entirety of Victrix's product line is comprised of precision rifles, each of which is categorized into a distinct series designed for a specific use. The Minerva series is aimed at the military and law enforcement agencies, whereas the Victoria series is aimed at sport shooters, and the Lunae series is designed specifically as hunting rifles.

Even the name of the company, which may be translated to mean "victorious," is derived from Latin, as can be seen by the fact that the majority of Victrix's offerings are characterized by a Latin aesthetic, from the product lines to the names of the individual offerings. 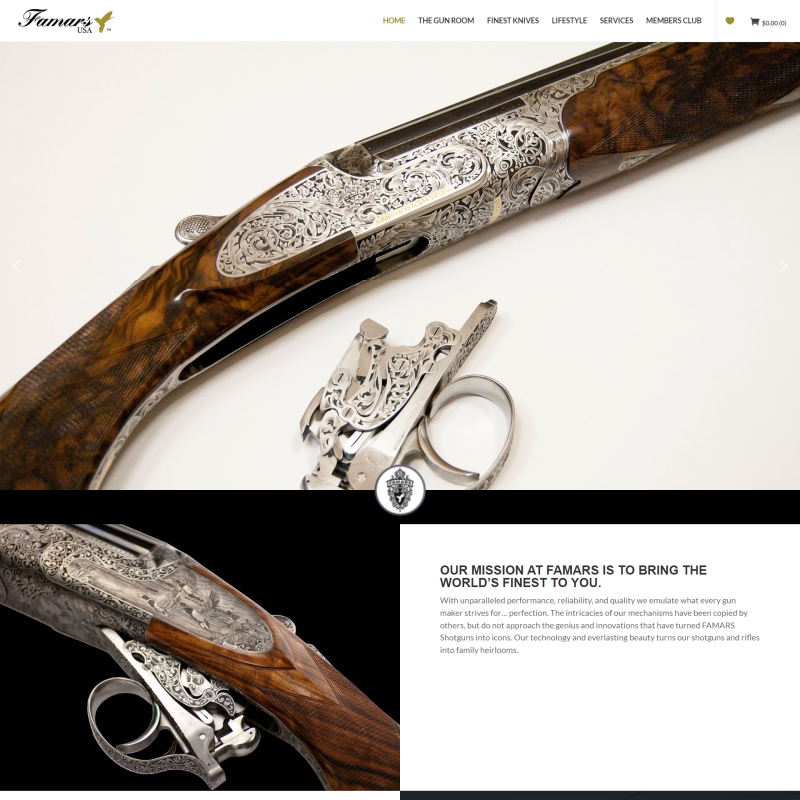 This is one of the firms that springs to mind when one considers large bore rifles, which are typically used for hunting large African animals.

This manufacturer not only produces a wide selection of shotguns, but also a few rifles suitable for pursuing large games. Just taking a glance at these exquisite weapons, which include intricate engraving work all over the metal and polished wood, is enough to bring tears to one's eyes.

These guns are certainly impressive to look at. Additionally, the quality of the craftsmanship is readily apparent. The cost is the one thing that puts off a lot of people who are into firearms. Be prepared to experience real shock when purchasing a firearm from this manufacturer, as the average price of their firearms is more than $10,000 U.S. It is up to you to decide whether or not the cost is justified by the benefits.

The following brands are for the absolute connoisseurs of firearms: 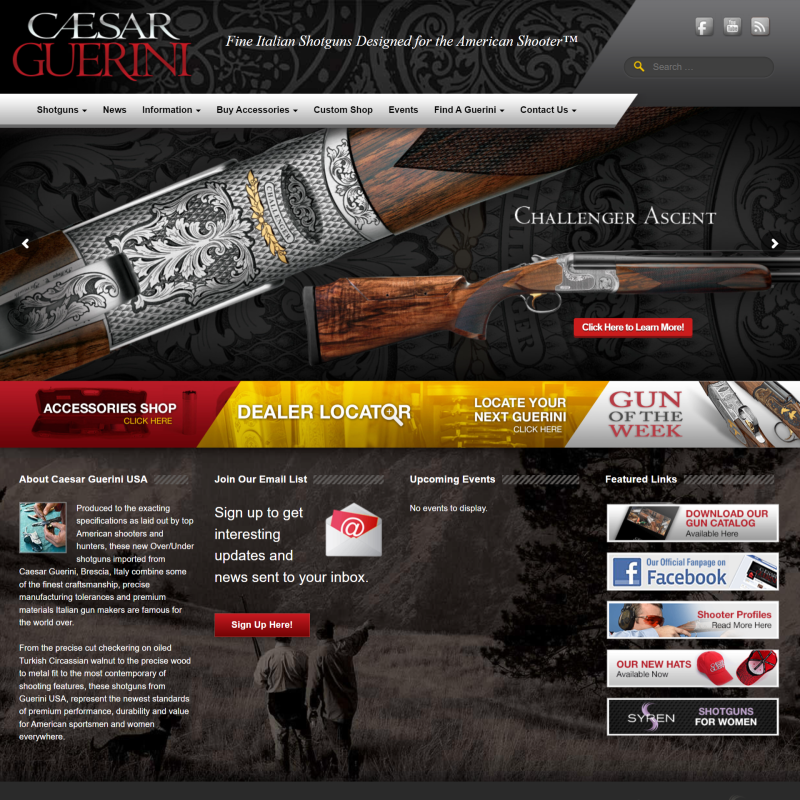 If you enjoy the notion of owning a fine shotgun for hunting or trap shooting and if money is not an issue for you or if you are willing to take out a loan of a decent size, Caesar Guerini is a brand that you will want to take into consideration.

This factory produces over-and-under shotguns, semi-auto shotguns, and many competitive shotguns mostly for trap shooting. They operate out of the Gardoneval Trompia, which is where some of the other companies on this list also have their headquarters. However, you were cautioned about the fact that the cost of these rifles can easily reach into hundreds of dollars. 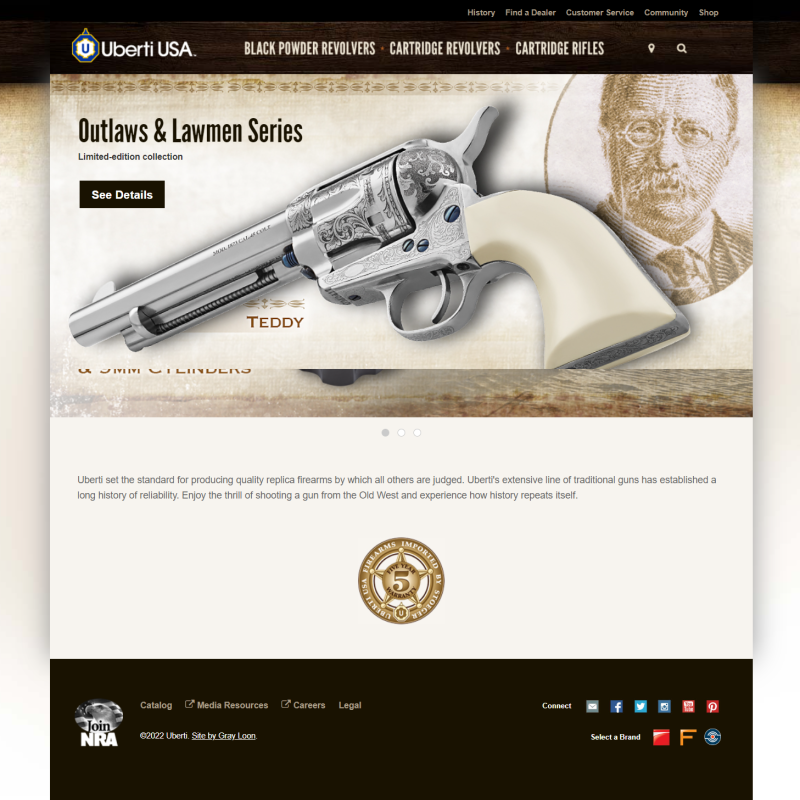 The fact that this company, which has its headquarters in the Gardone Val Trompia, specializes in the production of replicas of vintage American weapons contributes to Uberti's widespread renown among collectors, cowboy action shooters, and civil war re-enactors.

The majority of Uberti's firearms date back to the 19th century in the United States. The company has a diverse selection of lever-action rifles, single-action pistols, and other types of firearms from that era. These handguns are of quality and perform like a dream. It's been said for a long time that film director Sergio Leone utilized Uberti pistols in the 1960s when he was filming the Dollars Trilogy, but that information is unconfirmed.

You may also like: The Most Luxury Gun Manufacturers 2022

Italian Firearm Brands are a strength on their own. You either like Italian firearms or you don't, but their widespread use proves their market is large. 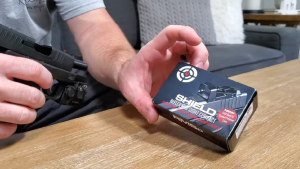 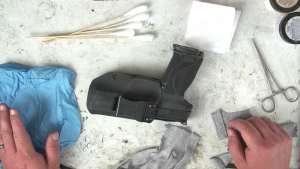 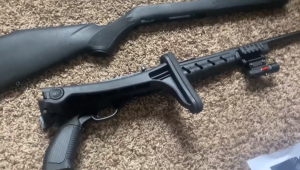 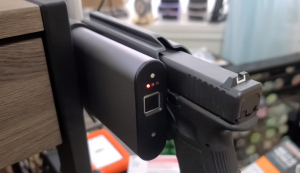 Installing a gun safe in your truck bed is a great way to keep your firearms safe when hunting, moving to a new home, or traveling across the state. Most truck bed safes include strong 13-16 gauge steel, high-quality lock options, and a padded interior that minimizes scratch risks. Finding the best gun safe for...