Gun Sales in the United States by State

Welcome to RobarGuns' Firearm Sales Index. This database shows the number of firearms sold in the United States since 2017, among other statistics about the sale of firearms across the country.

In 2020, the United States saw an increase in the sale of firearms unlike any other time in history. The perfect storm of historic events that occurred in 2020 ignited a huge movement and sense or urgency to purchase firearms all across the country. The unprecedented coronavirus pandemic, heightened racial tensions and protests surrounding police brutality, a fiercely politically divided nation, and an intense presidential campaign all contributed to a drastic increase in firearms sales in 2020—so much so, that the surge completely overwhelmed the FBI's NICS, forcing some sellers to delay the finalization of sales until background checks were completed. To put it further in perspective, in March 2020, the FBI reported a record-high number of completed background checks, at 3.7 million.

The impact of these 2020 events is perfectly described by the following quote from an AP article:

“Civil unrest, rioting, looting and calls to defund police are unquestionably motivating factors of why this trend is increasing. Americans are right to be concerned for their personal safety.” 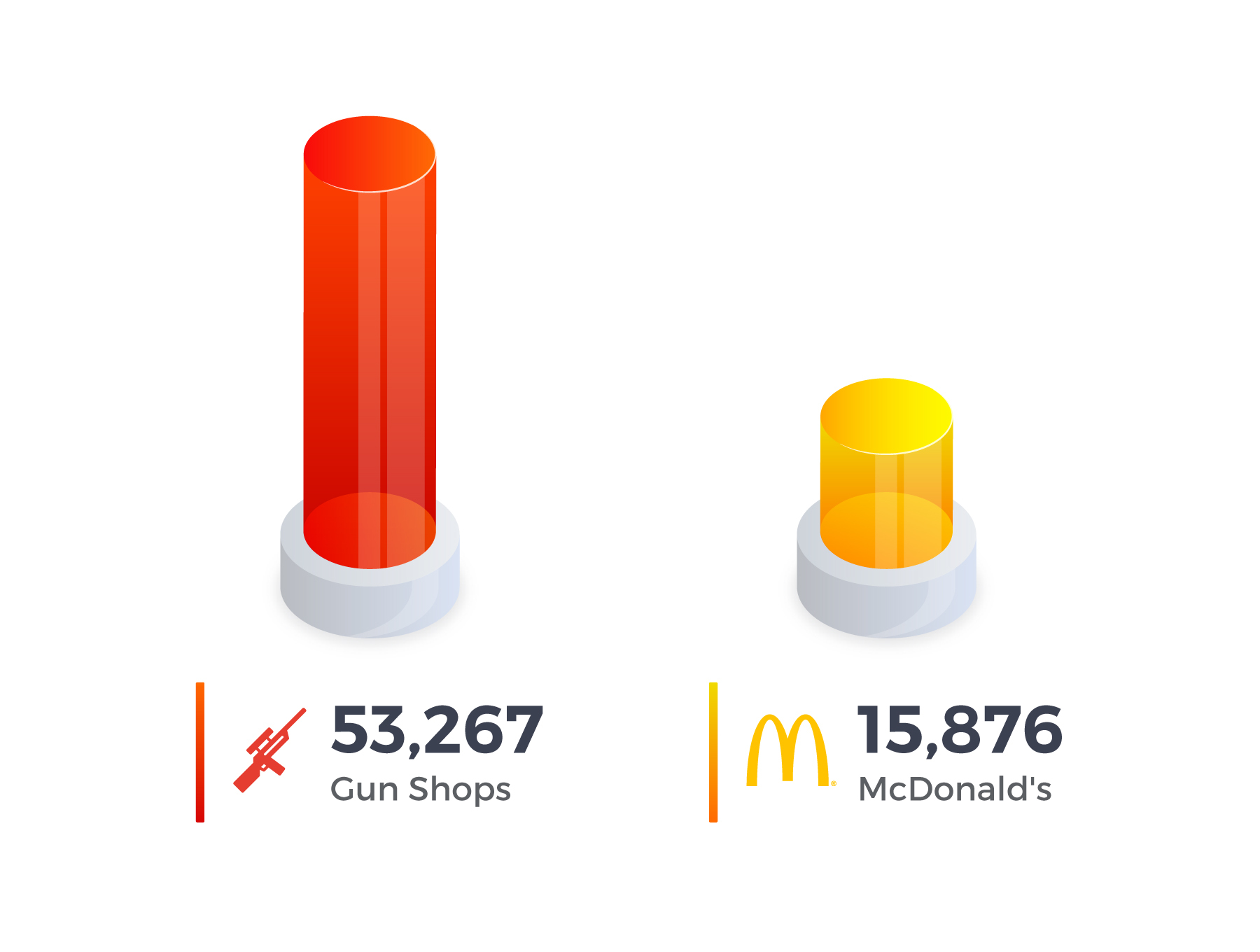 Our database shows you the approximate total number of firearms sold in each state from 2017 to 2020, as well as state totals for firearm dealers, manufacturers, importers, and pawnbrokers. This data helps put in perspective just how much this industry has changed over the last five years—with its most significant changes occurring in the year 2020. For example, firearms sales in Illinois jumped from 363,127 in 2017 to 1,811,581 in 2020.

States With the Highest Per Capita Gun Sales

About The Database & Data Collection

To create this database, we applied a proprietary model to come up with approximate gun sales at the national and state level. This model included key sources, such as the FBI's National Instant Criminal Background Check System (NICS) and data from gun dealers holding a Federal Firearms License (FFL). To ensure accuracy, we deducted from our calculation the estimated number of NICS background checks that were performed for the sole purpose of issuing permits.

Our model focuses on new firearm sales, and it does not accurately approximate private sales that took place in the 27 states that did not require background checks for the private sale of firearms. The data acquired for the maps and this chart are largely from the NICS website, the Bureau of Firearms and Tobacco, and the regulatory authority in each state. However, some states have poor data, or no data at all. In this case, we gathered the estimates from newspaper accounts.