Are Rifles Louder than Shotguns?

One item that is always of concern when shooting is safety. Hearing safety is a primary issue. Damage to your hearing can result in just a few minutes of exposure to the sound of a rifle or shotgun. Many shooters wonder which is louder, shotguns or rifles?

On average, rifles are slightly louder than shotguns. Looking at test data shows that the decibel levels of shotguns and rifles are similar. The average decibel level of shotguns is 154.112. Centerfire rifles come in at 157.54 decibels. In any event, any sound above 85 decibels is damaging to your hearing and requires protection.

Many factors contribute to the level of noise a firearm creates when discharged. We’ll discuss these factors and what creates the noise of a rifle and shotgun that is important to understanding how to protect your hearing when shooting.

The Physics of a Gunshot – What Makes all the Noise?

The sounds produced when a shotgun or rifle fires are complex. Many people associate the loud noises of many gunshots with the gunpowder's explosive force igniting in the rifle or shotgun. To a certain extent, this is true, but there are other factors to consider.

What you hear is a combination of different aspects of the physics of a gunshot. In any case, the levels of sound generated by modern firearms are well above the levels that can damage hearing permanently.

Why are Rifles Somewhat Louder than Shotguns?

In general, it is the physics that makes the difference. Shotguns tend to have characteristics that make them somewhat less noisy than large-caliber centerfire rifles. For instance:

Longer barrels allow the gases trapped behind the bullet more time to expand, lowering the gases' pressure. This lower pressure tends to moderate the level of sound the gases generate. This lowering of decibel levels is typically true of both shotguns and centerfire rifles.

The Speed of Sound – Adding to the Noise Problem

Muzzle velocity is another factor that affects the noise level of both shotguns and rifles. Part of the noise problem with shooting is the sharp crack heard as the projectile leaves the rifle or shotgun's muzzle. This crack is the bullet passing the speed of sound and creating a sonic wave that we experience as a sharp, intense sound.

A jet airplane that exceeds the speed of sound creates a sonic boom. A bullet has the same effect. The sound is more intense and more localized, but the effect is the same. This sonic crack is much more prevalent with centerfire rifles than shotguns. Opening day of deer season comes only once a year. Make sure you're ready when the big one steps out and load-up with Hornady® American Whitetail® ammunition.
Loaded with our legendary Hornady® Int...

At more than twice the speed of sound, these velocities at the muzzle create very intense and loud reports as the bullet exits the muzzle into the air. These sharp, intense sounds can be extremely detrimental to hearing unless proper hearing protection is worn. The M2 Field shotgun is light, ruggedly built, and fast handling. It is the backbone of the Benelli semi-auto line that cycles everything from target loads to the heaviest 3-inch magnums. Available... Like all Model 870 shotguns, this workhorse features a receiver milled from a solid billet of steel for maximum strength and reliability. The silky-smooth twin action bars prevent binding and twist...

THERE ARE CERTAIN “MUST HAVE” QUALITIES that define a good pump gun: easy to use; comfortable to carry; incredibly reliable; and built tough enough for long days and season after season in the fiel... Perfect for Field Use
The Weatherby PA-08 Compact pump-action shotgun provides shooters with a classic designed to withstand heavy use in any weather or hunting grounds.
Great shotguns have to meet...

Designed with the same durability and reliability as the legendary Model 870 Wingmaster®, these quick-pointing 12 and 20 gauge slug guns provide rifle-like accuracy with their 20-inch fully rifled ... Rugged reliability with a non-glare matte finish on the barrel and receiver that won’t cause birds to flare. The durable composite stock and forearm are up to tough conditions. The hard working SXP...

Overall, it is easy to see that most shotguns produce minimal noise levels due to the sonic report generated by the shot leaving the barrel. The relative size of each shot and the relatively low velocity keeps the sonic cracks much less intense.

This isn’t to say that shotguns' noise levels are less dangerous than those of centerfire rifles. At the noise levels generated by both, only a short exposure to these intense noise levels can permanently damage hearing.

What is Considered a Dangerous Noise Level?

The Centers for Disease Control considers any sound above 80 to 85 decibels to be dangerous to your hearing. Compared to both shotgun and centerfire rifle sounds, the CDC lists these common sounds and their relative noise levels.

Rifles may create louder sounds, but human hearing damage begins to occur at just above 85 decibels. With most centerfire rifles creating noise levels double that amount, damage can occur after only a few exposures to the sound levels.

What About Suppressors – Won’t They Protect Your Hearing?

Selected for the Mk18 and M4 by US Special Operations Command
The SureFire SOCOM556-RC2 is the 5.56 Rifle/Carbine Suppressor optimized for rifles with barrels 10” or longer. This suppressor is the ...

Suppressors do make a difference. However, the amount of noise reduction with most suppressors is not as much as most people think. On average, suppressors reduce the decibel level of the rifles by about 30 to 40 decibels. As an example, an AR-15 with a 16-inch barrel can produce sounds in the range of 165 decibels. A top-of-the-line suppressor can reduce this noise level to 130 to 140 decibels if you elect to shoot subsonic ammunition.

While this does reflect a substantial reduction in the noise levels, the decibel levels are still well above the point that the sound can damage your hearing. Innovative Design for Shotgunners and Action Shooters
The Caldwell E-Max Low Profile Behind the Neck Hearing Protection muffs feature an atypical design that allows for much more clearance for a sh...

Shotgun or rifle, the results are the same. Shooting without adequate hearing protection is a recipe for hearing loss in the long run. Some experts estimate that the sound levels of one shot from a high-power centerfire rifle can do as much damage to your hearing as working 40 hours in an industrial woodshop.

Shooting is a great sport enjoyed by thousands of people. However, it is a sport that must be performed safely to protect yourself. Your hearing is a valuable part of your life and shouldn’t be jeopardized by unnecessary risk-taking by not wearing adequate hearing protection. 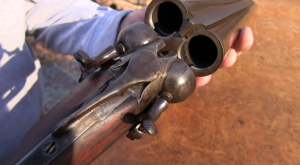 There's a raging debate about which shotgun is best for game hunting or home defense. Hunters argue about gun affordability and reliability in smoke-filled cabins. Competitive shooters draw lines about gun durability or performance. And gun enthusiasts and collectors are always looking for new, innovative models. But the truth is: many shotguns are reliable, durable,... 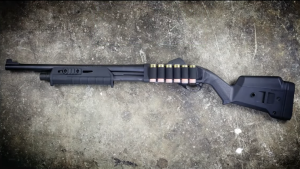 Should you Keep a Shotgun Loaded at all Times?

One of the biggest parts of having a shotgun is choosing how to store it. There are several schools of thought on how firearms should be stored, and when the two camps overlap, there’s sure to be a bit of vitriol about how guns should be stored. Should you keep a shotgun loaded at all... 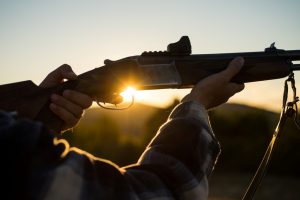 The 5 Coolest Shotguns on the Market in 2022

Shotguns have become so popular that top companies like Browning, Syren, and Winchester are coming up with innovative designs and features that will draw customers in. Whether you’re a hunter, competitive shooter, or are new to the sport, you can find a shotgun that will help you aim with precision and shoot accurately, among many... 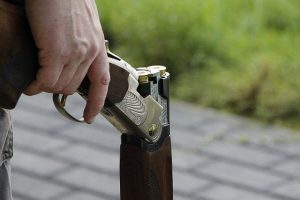 The Shotgun, by Louis Awerbuck

Revered by some, vilified by others, the shotgun has been – and will be – around for a long, long time. When technology has finally bypassed all of us, the so-called dinosaur gauge will still be defiantly and effectively spitting out its lethal projectiles. Composed essentially of a simple smoothbore launch tube, the Jeckyll and...