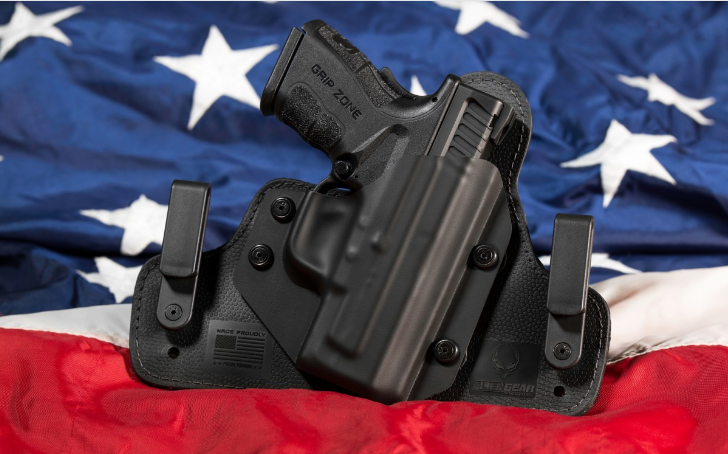 The Observer published an article titled “American gun use is out of control. Shouldn’t the world intervene?” There is nothing misleading about the title. The article is plainly making a case for foreign countries to intervene even to stop Americans from owning firearms.

In their exact words “But what if we no longer thought of this as just a problem for America and, instead, viewed it as an international humanitarian crisis – a quasi civil war, if you like, that calls for outside intervention? As citizens of the world, perhaps we should demand an end to the unimaginable suffering of victims and their families – the maiming and killing of children – just as America does in every new civil conflict around the globe.”

What is interesting is that he mentions the other “civil conflict around the globe” but does not say that they should intervene in any of these civil conflicts. This makes it clear to see that even though the death toll in Syria (over a hundred thousand) and many other countries are much higher, America is the country that he feels the world should get involved with.

This map paints a clear picture.

As the article continues the writer starts making mistakes  “Half the country is sane and rational while the other half simply doesn’t grasp the inconsistencies and historic lunacy of its position, which springs from the second amendment right to keep and bear arms, and is derived from English common law and our 1689 Bill of Rights. We dispensed with these rights long ago”

The good thing the writer does consider it a right to bear arms. The bad thing is he seems to not understand what a right is. As a subject of the UK he has his rights given to him by a king or queen, as citizens our rights are inalienable. The writer seems pleased that England “dispensed with these rights long ago.” In my opinion the writer holds the fact that England has fewer rights up like something he is proud of.

The final take away from this article is that our rights in America bother this writer and the news source that published this so much that they make a case for intervention in America. They seem to have misplaced importance on America and our freedoms, while forgetting that Mexico has a murder rate per capita five times that of the US. I bet Mexico would love help fighting cartels at the expense of England.