ROBAR and The Cooper Scout Rifles 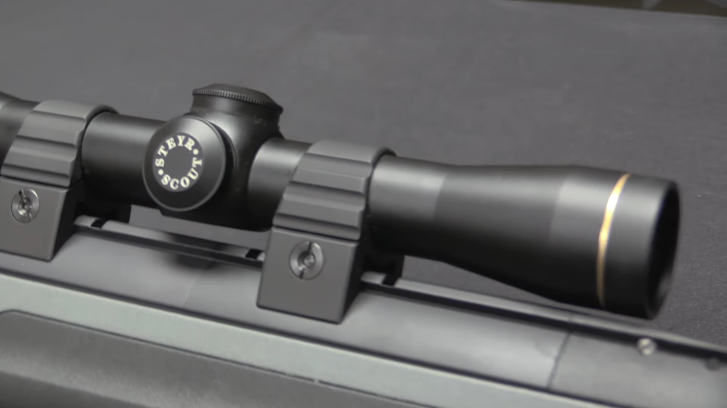 The Scout Rifle is a class of general-purpose rifles defined and promoted by LtCol Jeff Cooper, USMC.

Jeff Cooper was a lifelong student of small arms and conceptualized a handy, light rifle “that will do a great many things equally well…”

“The general-purpose rifle will do equally well for all but specialized hunting, as well as for fighting; thus it must be powerful enough to kill any living target of reasonable size. If you insist upon a definition of ‘reasonable size,’ let us introduce an arbitrary mass figure of about 1,000 lb (454 kg).”

A Scout Rifle, is a light general-purpose rifle for the trained military scout, as outlined in Jeff Cooper’s High School R.O.T.C. manual, “The scout is a man trained in ground and cover, movement from cover to cover, rifle marksmanship, map reading, observation, and accurately reporting the results of his observation.”

Sweetheart, the second scout rifle made by ROBAR

The “Cooper Scout Rifle” is a bolt action carbine typically .308 caliber, less than 1 meter in length, and less than 3 kilograms (6.6 lbs.) in weight, with iron and optical sights and fitted with practical slings (such as Ching slings) for shooting and carrying, and capable of hitting man-sized targets out to 450 meters without scopes.

Typically they employ forward-mounted low-power long eye relief scopes or sights to afford easy access to the top of the rifle action for rapid reloading. Here is the specific criteria:

Although, there are several manufacturers like Ruger and Savage making Scout rifles that roughly match Jeff Cooper’s specifications, Jeff Cooper was not involved in their development.

The only Scout Rifles that Jeff Cooper was personally involved with were of course the Steyr Scout Rifle. The first two Scout concept rifles; the second one being built by ROBAR Companies, Inc. President and Owner, Robbie Barrkman in 1983.

Robbie also built a “pseudo-Scout” rifle from a Springfield 1903 for Lindy Cooper Wisdom, which Jeff spoke about often as she hunted with it extensively in North America and Africa.