Blog > Handguns > Firearms Finishes: From Browning and Bluing to Poly-T2

Firearms Finishes: From Browning and Bluing to Poly-T2 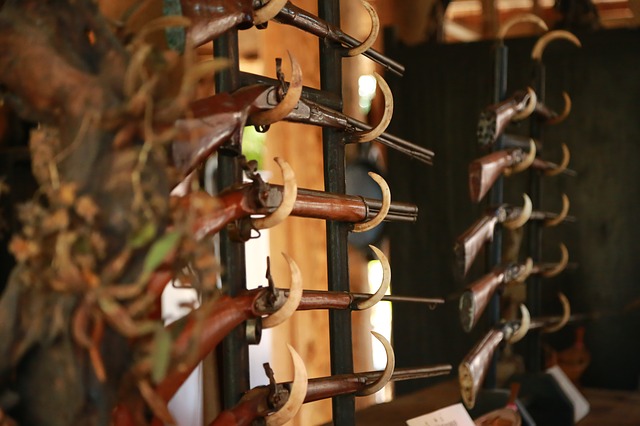 Firearms have been used throughout history, with the earliest likely being the hand cannons used around 1350 AD. By the early 1400′s, the first matchlocks were comprised of the “lock, stock, and barrel.”

The matchlocks were followed by flintlocks.

It’s interesting to note 2 other well-known adages originating with those early firearms : “flash in the pan” (the priming powder in the pan would ignite, but would fail to transmit the fire to the powder in the barrel resulting in a failure to fire); and ”keep your powder dry,” obviously necessary to fire the weapon.

Despite imaginative pictures of Pilgrims bearing flared-muzzle flintlock blunderbusses, the earliest firearms in American were doubtless matchlocks and the occasional wheellock.

However, during the Colonial years, a distinctly American type of gun would be developed, by first dozens and then hundreds of gunsmiths scattered through the new land. In the late 17th and 18th Centuries, colonists coming to America brought their indigenous European firearms and gun design concepts with them.

The gun was a necessary and treasured tool when pioneering a frontier wilderness far from civilization, and gun makers were valued and essential members of the small settlements.

And with every stage of firearm development, gunsmiths have sought to protect the steel and iron parts of those guns against the elements. Two well-documented processes are bluing (cold and hot) and browning.

The idea of both processes being to cause some rust to form on the metal parts, which would then protect the inner parts from further rusting and corrosion. Many of these processes and “recipes” were gunsmiths’ closely guarded secrets.

One such recipe used for the Brown Bess musket, as recorded in the General Regulations and Orders for the Army, 1811:

The barrel would be cleaned of all impurities, plugs put in both ends, then the barrel would be hung and the solution applied. Within 24 hours a thin layer of rust would have formed, and the next step performed,”carding” (rubbing with a brush or steel wool to remove the acid from the surface).

The entire process would be repeated several times — the result being a protective layer on all the metal parts.

The older browning process was improved and became the cold bluing process:

It was later discovered that before carding, if the part is immersed in boiling hot water first, this stops the rusting process. Additionally, the part turns a deep blue or black color instead of reddish brown. This is due to the black oxide of iron (Fe3O4) being formed instead of the red oxide of iron (Fe2O3). This process is called “cold bluing” instead of “browning” and is the only real difference between the two processes.

While the browning and cold bluing were sufficient for their day and age, neither provided significant hardness, and thus, no real protection against wear.

Many advances in firearms finishes have been made over the years, a great testament to the entrepreneurial and creative spirit of gunsmiths.

The Poly-T2 is so robust, it is also used in the aerospace industry!