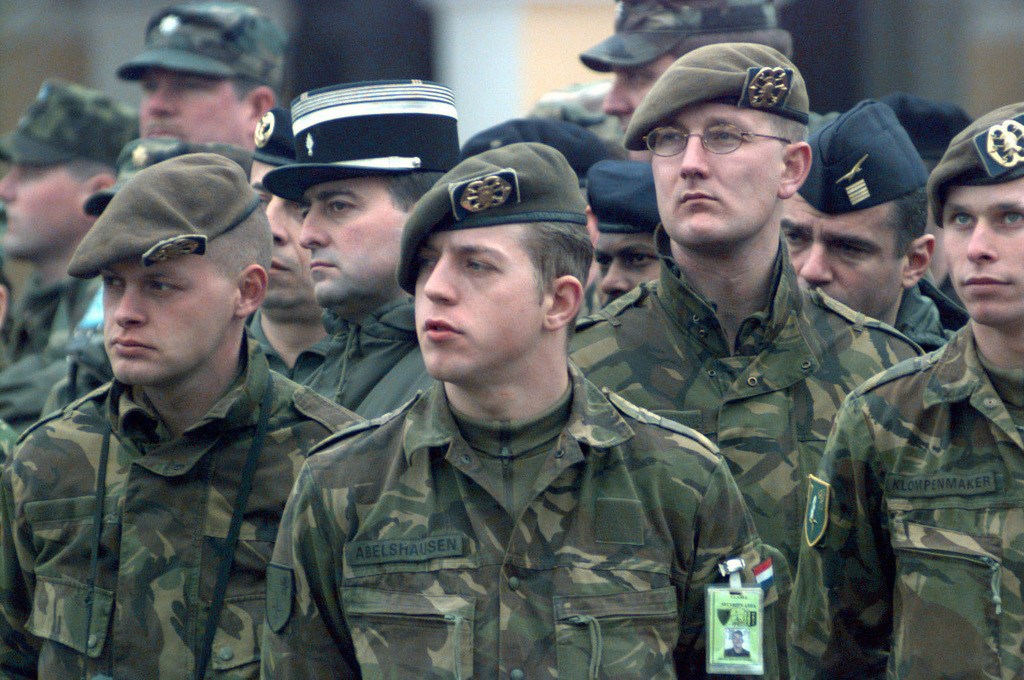 From Part 1: U.S. military history is storied and impressive: the 5 branches of the U.S. Armed Forces being Army, Navy, Marine Corps, Air Force and Coast Guard.

Every branch has born heroes, every branch brings unique responsibilities and skill sets for the defense of our nation and her interests around the world.

One branch is unique among the branches: the Marines.

What does it take to become a Marine?

Surviving 12 weeks meant to test the candidates endurance and resolve. Recruits are informed:

There is not room in our ranks for those who fall behind. Because of this, we repeatedly take recruits to the brink of exhaustion, where commitment is truly tested.

It all starts as a Drill Instructor explains the Uniform Code of Military Justice. Then, recruits are issued gear and must undergo a number of medical evaluations as well as perform the Initial Strength Test before they are ordered to report to the barracks and meet their permanent Drill Instructors for the first time.

Drill Instructors use every moment of the daily routine to teach and enforce discipline and teamwork. In the barracks, there are a number of Marine Corps Regulations concerning hygiene and protocol that must be followed. Drill Instructors teach recruits how to follow these regulations and care for their equipment, inspecting every detail.

On the Bayonet Assault Course recruits learn to channel their intensity towards a target. Drill instructors teach recruits how to properly use a bayonet (the removable fighting knife that attaches to the muzzle of the rifle) to kill an opponent. After bayonet training, recruits will be able to attach a bayonet quickly before charging towards an aggressor.

After engaging targets on the Bayonet Assault Course, recruits will undergo more close combat training, this time against an actual opponent. Using Pugil Sticks, a padded pole used to simulate rifle combat, they must fight on wooden bridges and in simulated trenches. For many recruits, pugil stick training is the most intense physical combat they have ever experienced.

The motto of the Marine Corps Martial Arts program is “One Mind. Any Weapon.” Recruits must learn how to combine unarmed techniques from various martial arts with armed techniques designed for hand-to-hand combat. More than just self-defense training, MCMAP fuses together mental and character building with combat disciplines.

Recruits also study martial arts culture and history and Marine Corps values. There are five colored belt levels in MCMAP. In order, they are: tan, grey, green, brown and black. To earn the title United States Marine, every recruit is required to qualify for his or her tan belt.

For a Marine, quitting isn’t an option in combat or in life. Rappelling is a controlled slide down a rope that helps prepare recruits for deployment from helicopters, navigating difficult terrain and gaining access to buildings during raids. Recruits must learn to overcome their fears and prove they can rope down, brake and land safely.

Every Marine is a rifleman, but there’s a difference between pulling a trigger and being a rifleman. A rifleman has complete control over their rifle and their body at all times. During Grass Week, recruits learn safety and marksmanship principles as they practice firing their M16 without ammunition. They learn how to shoot from every firing position: sitting, kneeling, standing and in the prone.

Once they’ve learned the basics, recruits start training with live rounds. Drill Instructors make sure their recruits are concentrating on taking well-aimed shots from all positions with their M16. Building accuracy, recruits begin with 50 rounds of slow fire, one shot at a time, and move up to rapid fire, 10 shots in a row.

At the end of the week, recruits undergo qualification and strive for their highest score out of 250 points on the Field Fire portion and the Known Distance course. They will earn the Rifle Marksman badge, the Rifle Sharpshooter badge or the coveted Rifle Expert badge.

Marines must be ready to move towards the sounds of chaos without hesitation. The success of their mission demands complete focus and confidence. During week nine, Drill Instructors focus on building confidence in recruits by motivating them to overcome the 11 unique challenges of the Confidence Course. In phase one, recruits complete the course individually. In phase two, taller obstacles are added and recruits must now complete the challenges in four man fireteams.

During Day Movement exercises, recruits learn to stay together in simulated, tactical scenarios and ensure the safety of the Marines to their left and their right. Over the deafening noise of simulated weapons fire, recruits communicate with hand signals as they navigate their way over walls and under barbed wire. Combat-experienced Drill Instructors show recruits how to respond to evolving situations on the battlefield and complete the mission together.

The Crucible is the final phase of Marine Corps Recruit Training that tests every skill learned and every value instilled. Recruits will be challenged for 54 continuous hours with little food and sleep. To complete this final test, recruits must have the heart—and the intestinal fortitude, the body—and the mind, the desire—and the ability. The recruits must pull together or fall apart. Win as one or all will fail.

At the end of The Crucible, recruits march to the Emblem Ceremony where Drill Instructors present their platoons with the Marine Corps Emblem — the Eagle, Globe and Anchor — and address recruits as “Marine” for the first time. Over the last 12 weeks, the recruits have been transformed from individual civilians into a tight-knit group of Marines

For those few proud and brave who want to up the ante, there’s MARSOC.

What does MARSOC do?

MARSOC operators conduct “short strikes and small-scale offensive actions to seize, destroy, capture, recover, or inflict damage in hostile or denied areas. They acquire information about the capabilities, intentions, and activities of an enemy. They collect intelligence and prepare for future operations at the direction of USSOCOM.”

MARSOC units conduct “missions by direction of the SOCOM Commander. These missions are normally conducted in irregular and unconventional settings.”

Whether Marine or MARSOC, it’s very clear these men and women are warriors cut from unique and stern cloth. The brotherhood of Corpsmen is undeniable and lasting.

The very motto of the Corps defines them: Semper Fidelis.

As noted at the USMC site:

“Semper Fidelis became the Marine Corps motto in 1883. It guides Marines to remain faithful to the mission at hand, to each other, to the Corps and to country, no matter what.”

The Marines definitely have a revered place among US Special Forces, the best of the best military in the world.